Learn about upcoming webinars, tips and tricks, and new features for Sage CRM. 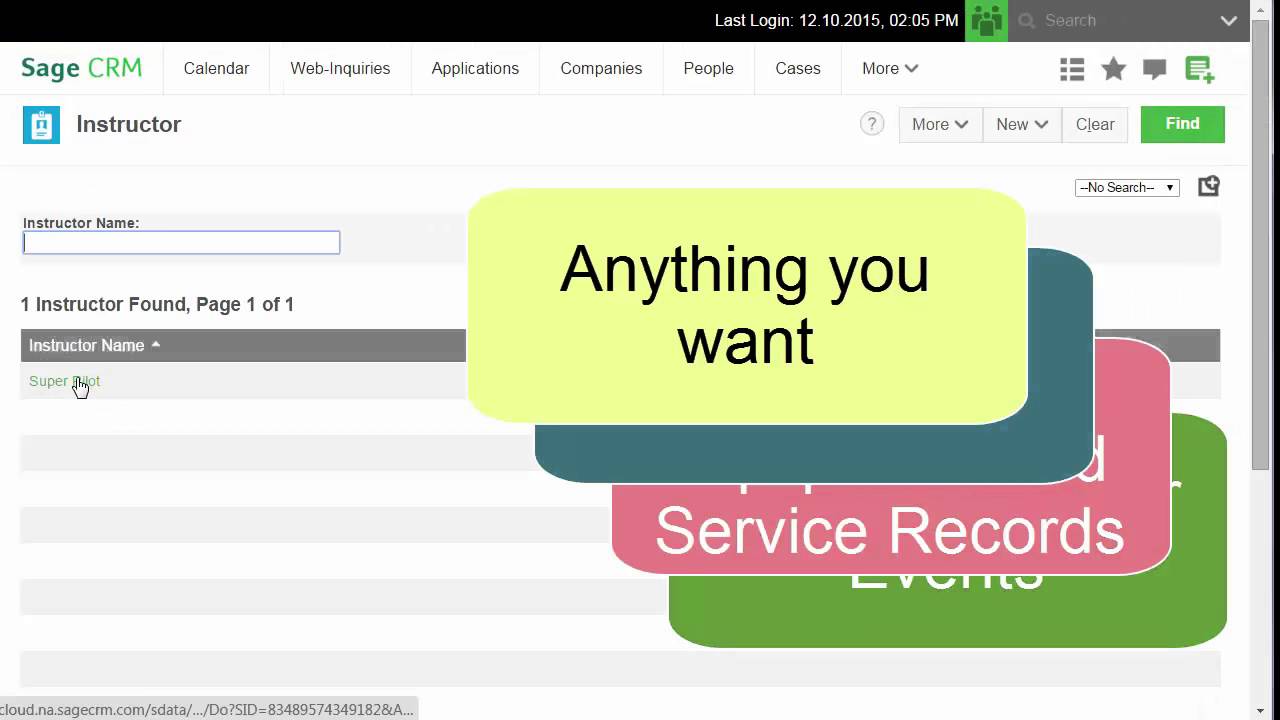 Is SalesForce.com losing some of its shine?

We have always competed against SFDC but… compete might be the wrong word.  Historically, too often organizations sign up for SFDC without really evaluating their alternatives.  The prospect might have had Sage CRM on their evaluation checklist, but we were just column fodder and they were always going with SFDC.

Over the past couple of years, the tides have started to change.  It seems that not seriously evaluating CRM options no longer flies.  Now, often at least one person involved in the decision-making process will voice strong concerns about SFDC.  I believe this is because, as systems become more prevalent and CRM consumers gain more experience, they are realizing that SFDC is (a) super expensive, (b) not the only option, and (c) kind of rigid.  And it only takes ‘some’ murmurs of discontent before evaluating other CRMs is taken seriously.  Other CRM options for your Sage 100 customers will almost always include Sage CRM if they know Sage CRM exists.

I have had three recent scenarios wherein we were up against SFDC and won.  Appreciate that, when you are up against SFDC, they have a lot (a lot, a lot) of resources at their disposal in the sales cycle, but still, Sage CRM made more sense for these three companies, for different reasons.

Scenario 1:  SFDC sent in a team of four people for the sales call.  The company perceived SFDC to be too much for them – but also felt that there would be restrictions on the integration with Sage 100 (which is true).  BTW, it sure helped that we had the endorsement of their long-standing Sage 100 partner.

Scenario 2:  While it was clear we were only competing against SFDC (driven by sales), our point of contact at the company coached me to not mention Sage CRM pricing (which is approximately a quarter of SFDC).  Instead, they recommended we focus on the Sage CRM user experience.  In the demonstrations, we emphasized how relatively easy it is to customize Sage CRM.   So, in this case it was the user experience with Sage CRM that made the difference.

Scenario 3:   In this one, the client really liked that Sage CRM and its SQL database would be on their own network.

In two of the three scenarios above, pricing was a non-issue.  So, yes, Sage CRM is a competitive solution for the Sage 100 market and will almost always be included in the CRM evaluation if the client knows Sage CRM exists.

This video illustrates how we add color to your system. In this example, we have made any/all yellow fields in the CRM instance yellow. This

Take a look at what Sage has planned for the next few years! (to 2024). This page also allows you to submit ideas for improvement.

While the Advanced version of the Sage 100 CRM integration works regardless of what version of 100 and CRM you have, companies must pay careful

Sage CRM licensing trends over the past 5-years

This graph represents Sage CRM’s global sales trends (not NA specific) from 2017 to the end of March 2022.  The purple line reflects NEW customers

S5Maps has made a strategic decision to reduce the subscription price from $2,400/year, it is now $1,500/year. The original rate was perfectly fine given how

What do most internal CRM Administrators do?